The Flat6 Series are back on rFactor2 has standalone mod ! The Flat6 GT3 cup car is featured with a high detailled quality model, with lot of details and accuracy for a perfect immersion like in the real car. The cockpit is full of details, the most beautiful paint shemes from the series around the world from the years 2010 to 2013 are included. The car comes with 2 types of sounds, several types of rims. The move over rF2 allows more features to be included, such as animated driver, deformable tyres, advanced physics and tyres behavior, and of course a complete refreshment of the reflects, lights and shadings compared to the rF1 version.

All your skins files need to be saved in .dds, dx5 format (can it be for bodywork or windows, or extra files), with a full white alpha channel for textures linked to region files. Detailled rendering will be done using region file. 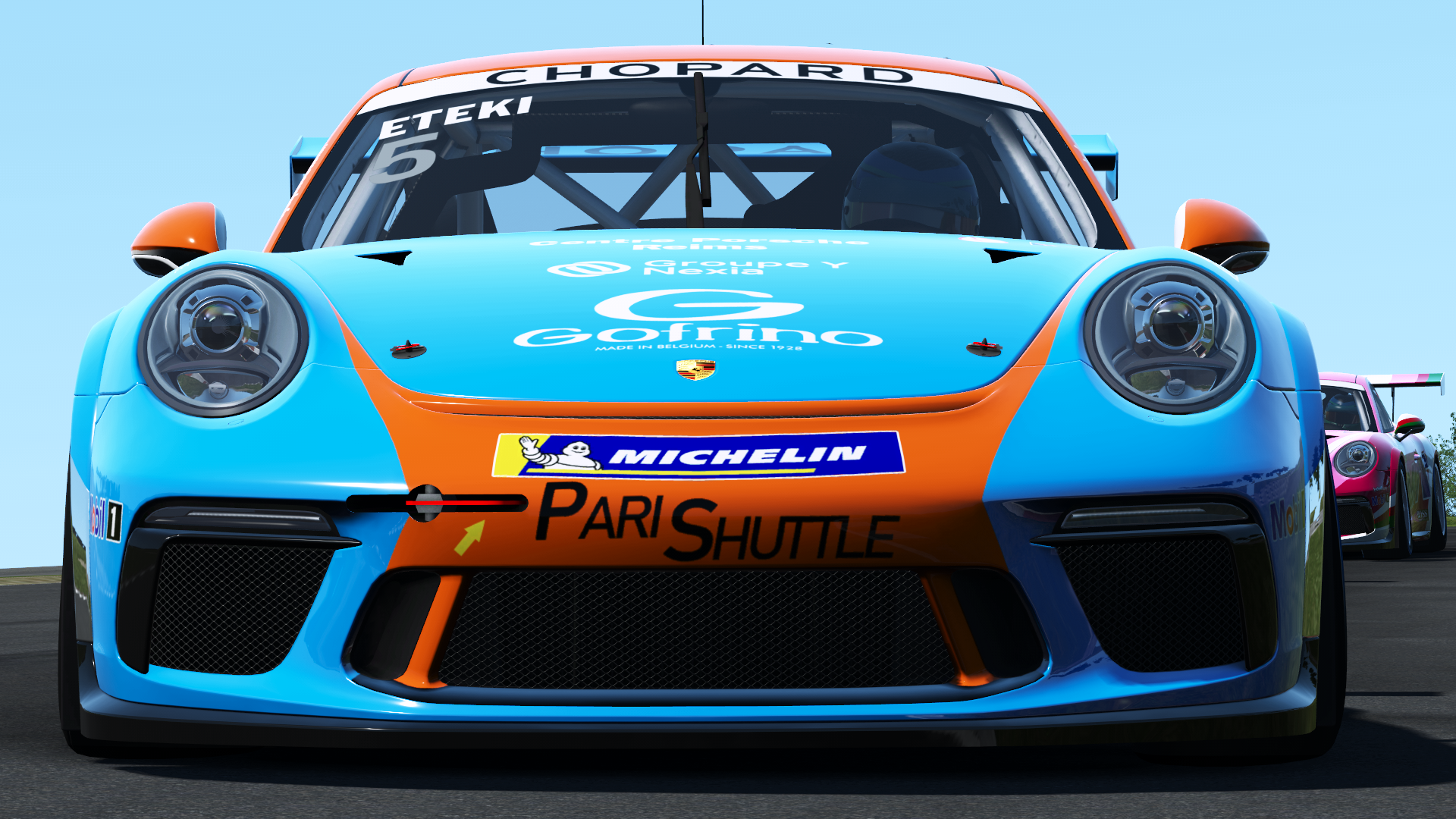 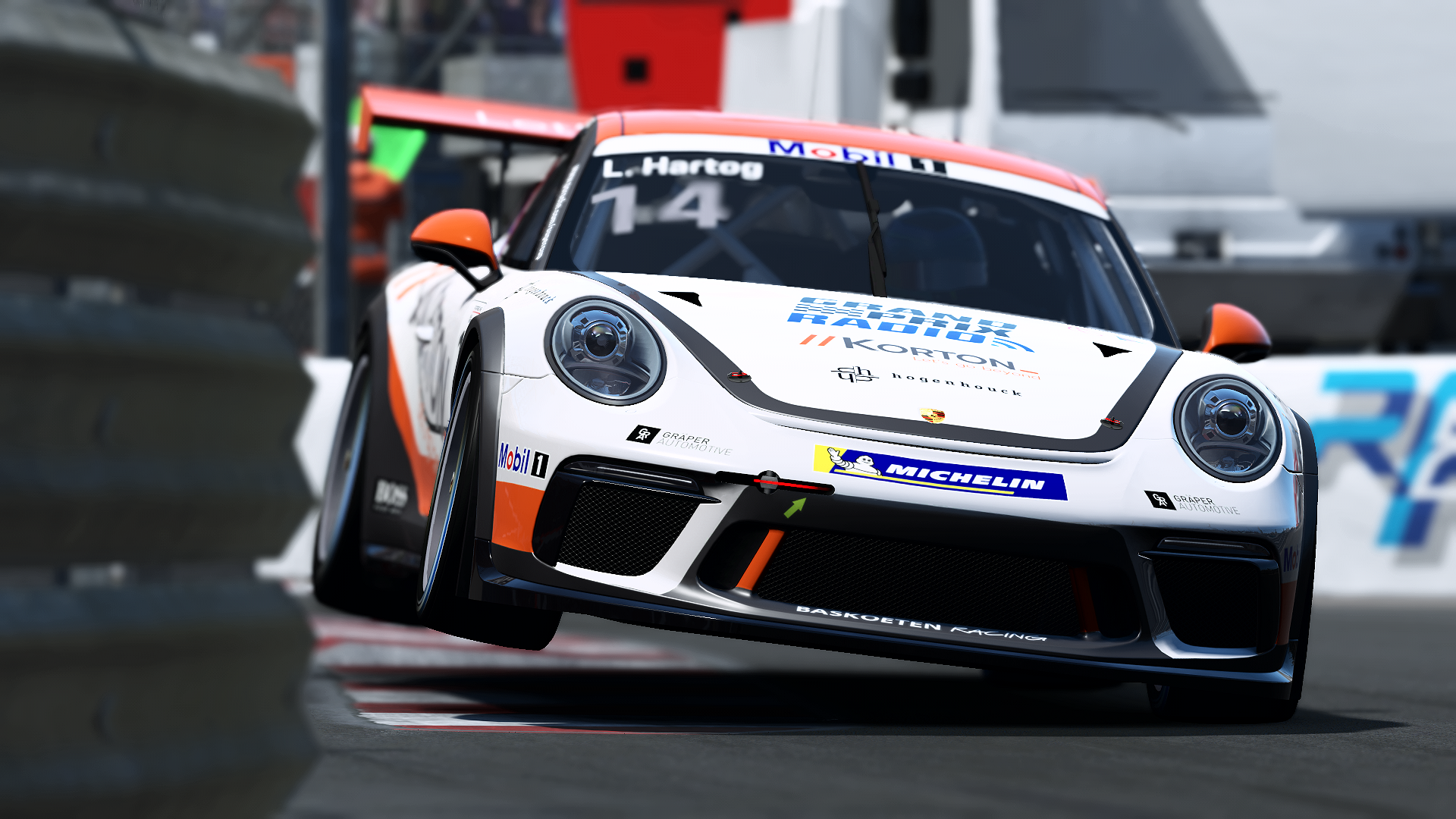 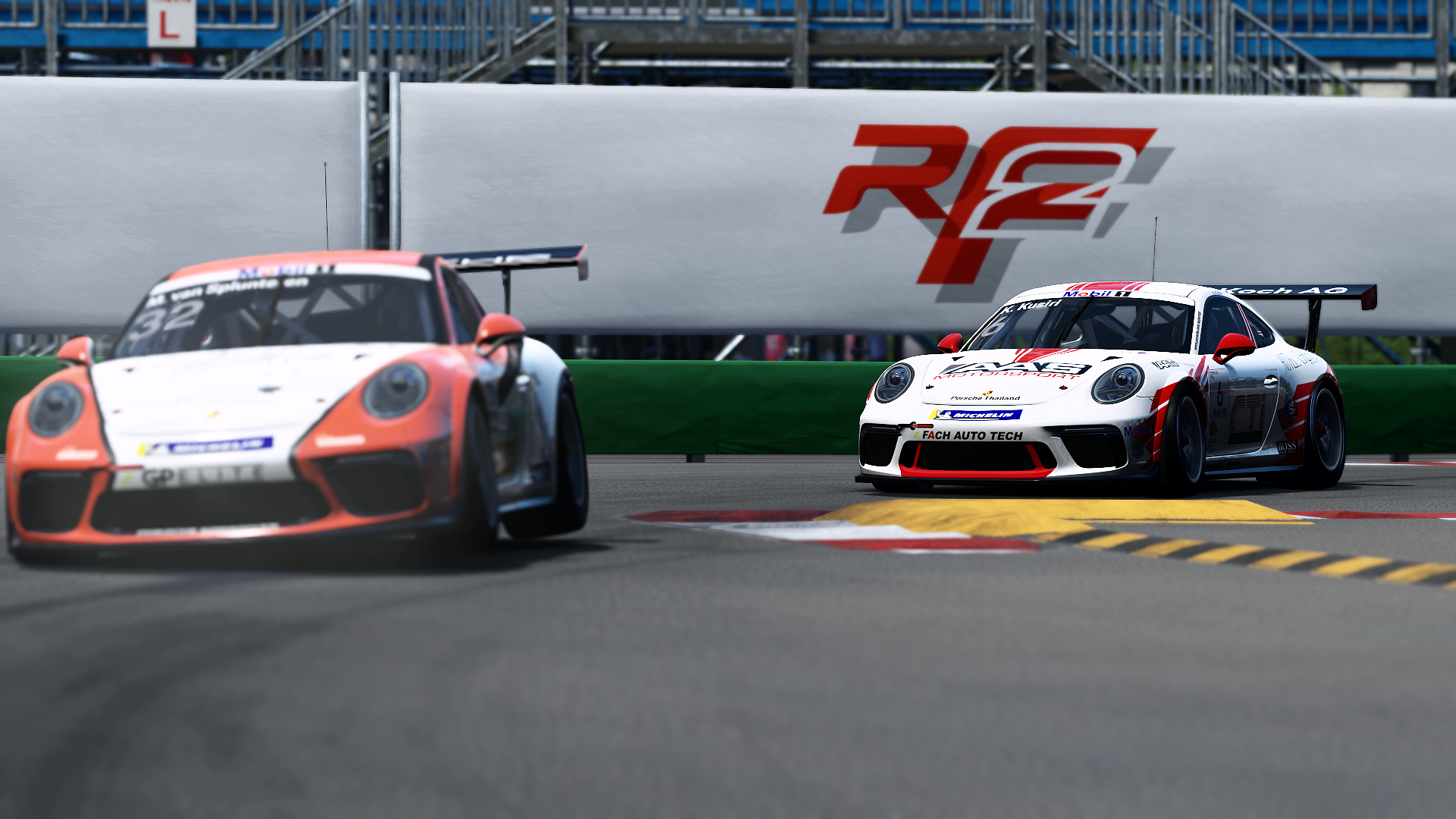 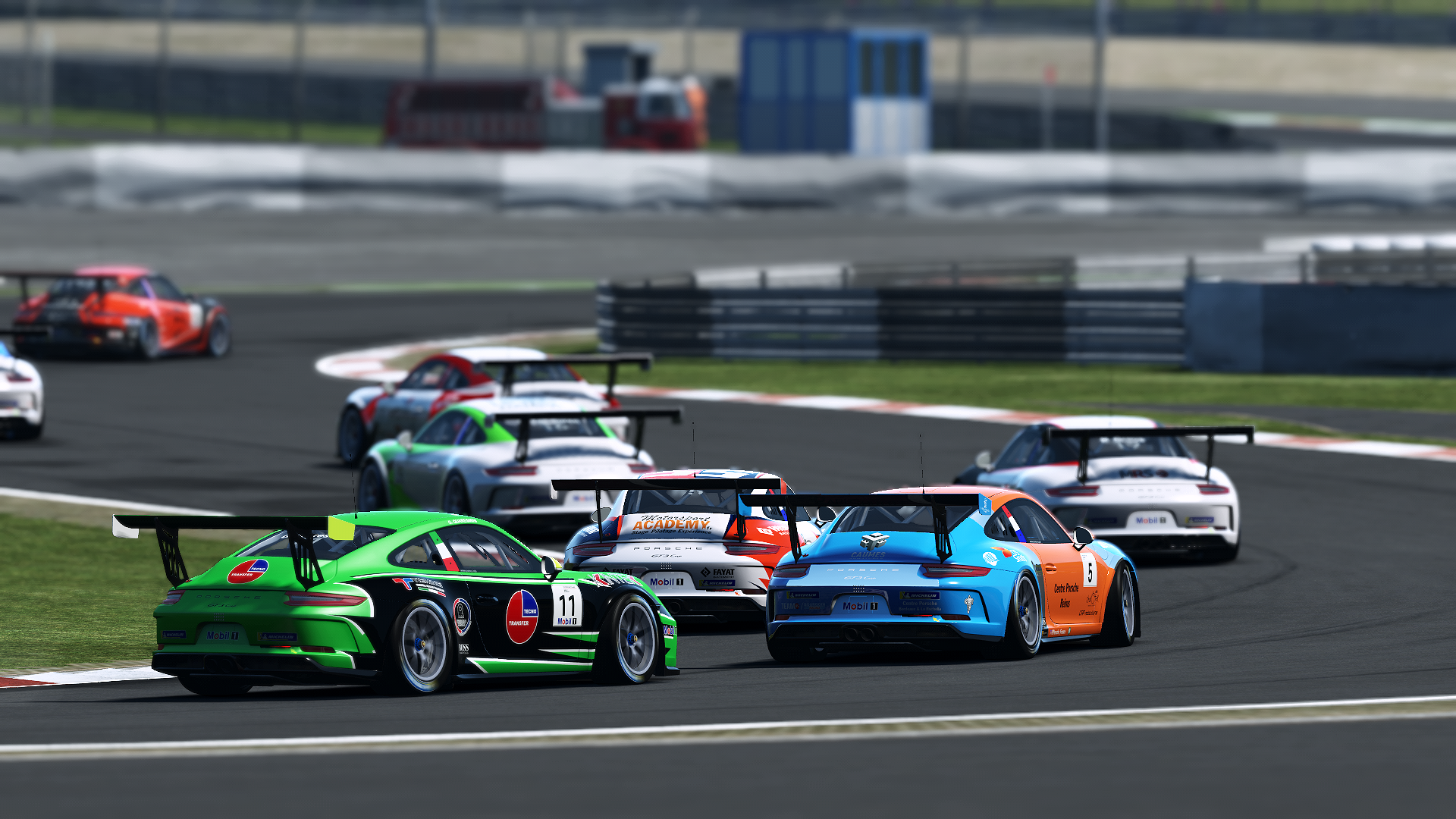 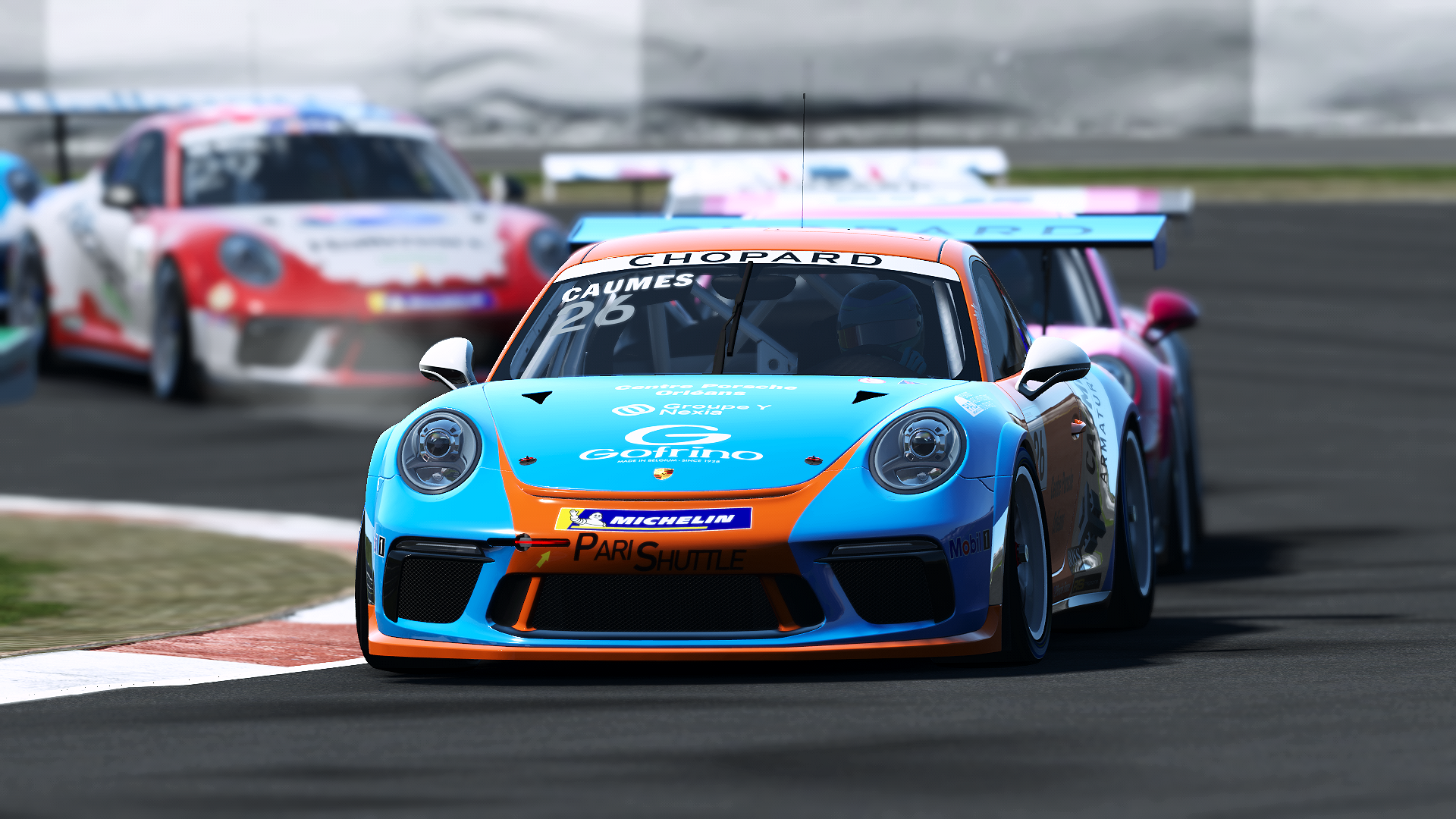 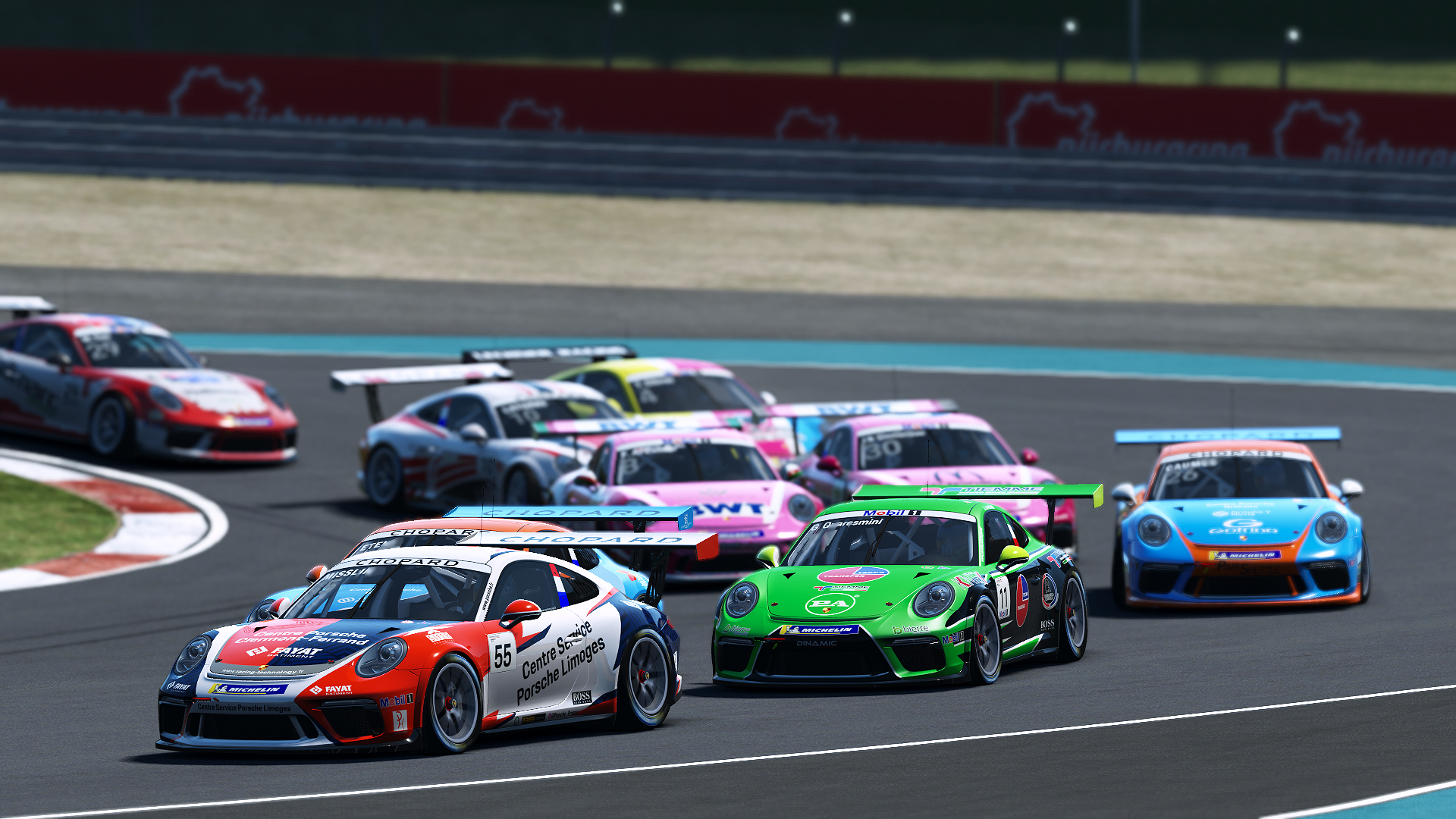 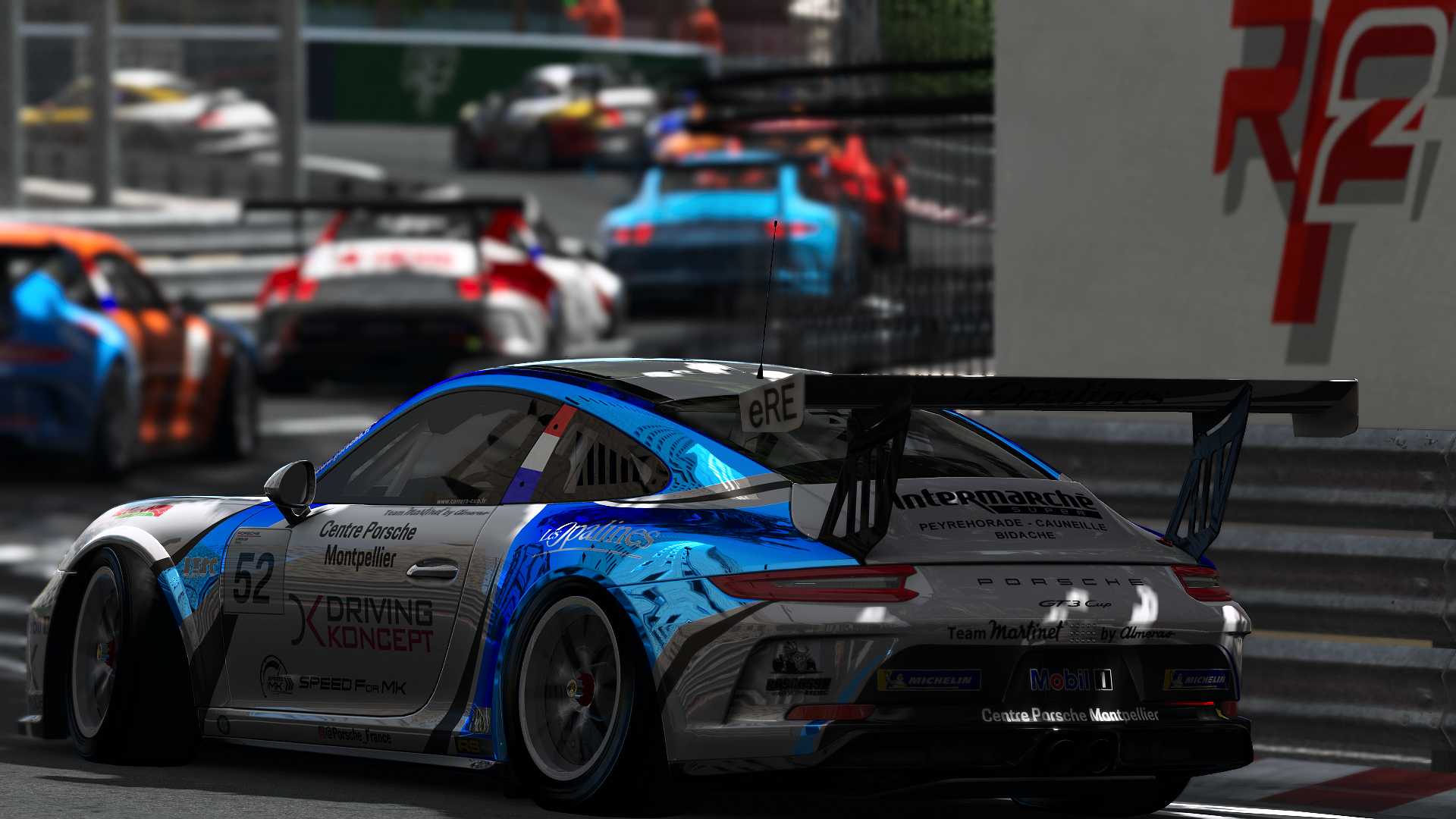 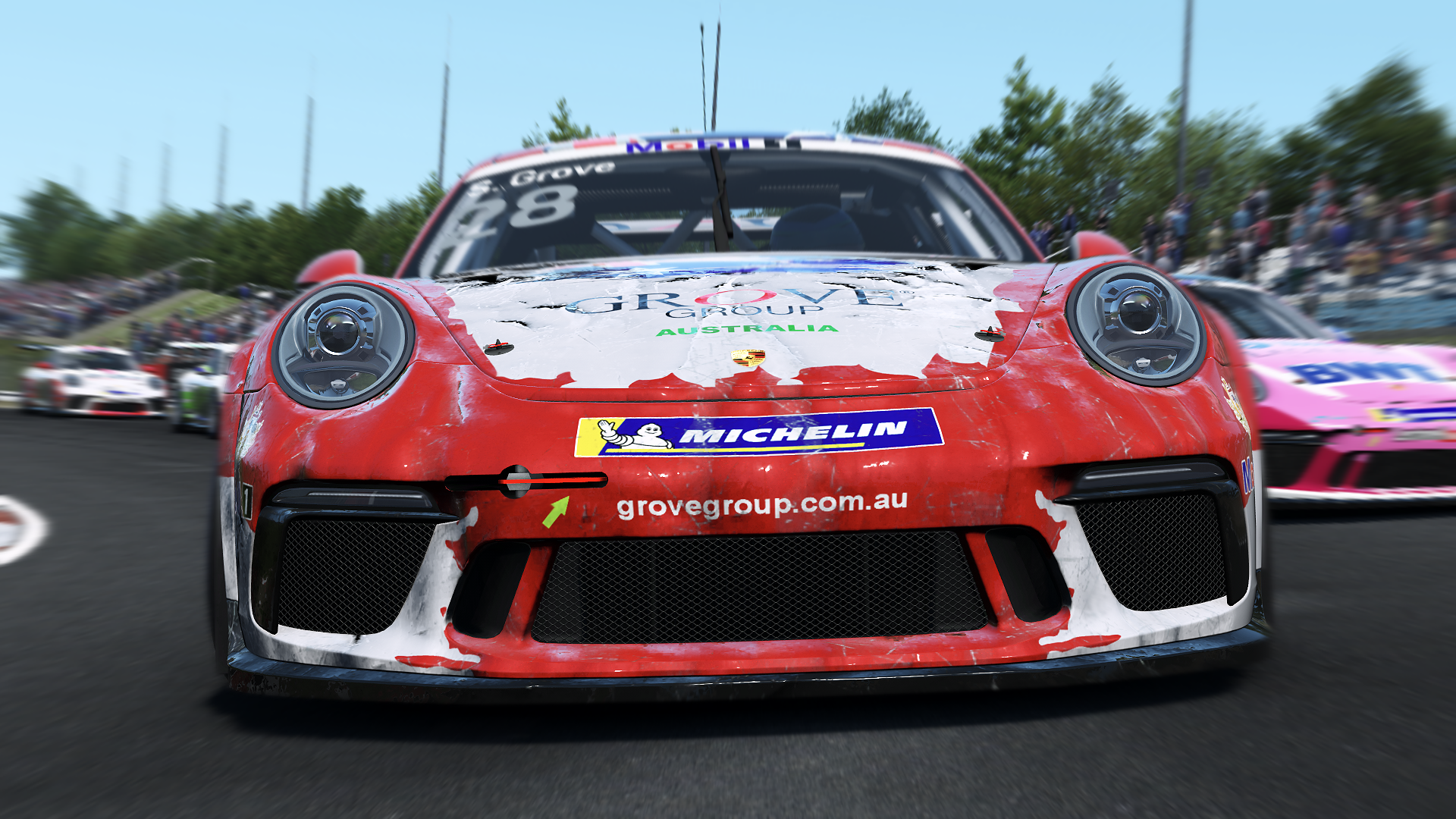